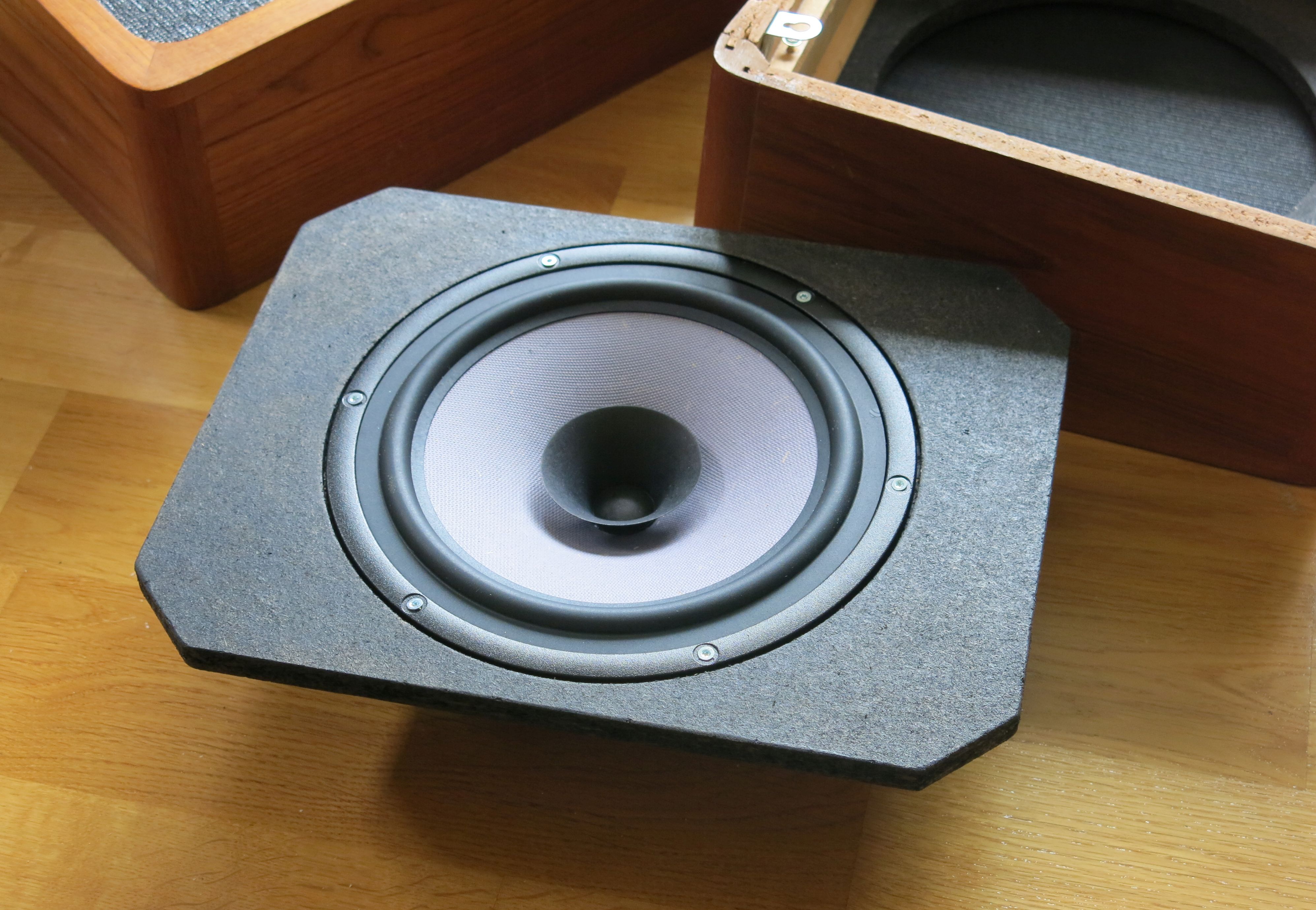 SEAS Type 25 K's low cost industrial look, with its rounded corners are somewhat apealing to me. Way back these speakers where often found in public buildings and these two not really originated as a pair came out of a school many many years ago.

The K in the model name most likely stand for kabinett, the Norwegian word for cabinet. Seas Type 25 where a series of 10 inch speaker drivers where these cabinetts where equipped with the TV D version (40-18000Hz / 7 Watt). 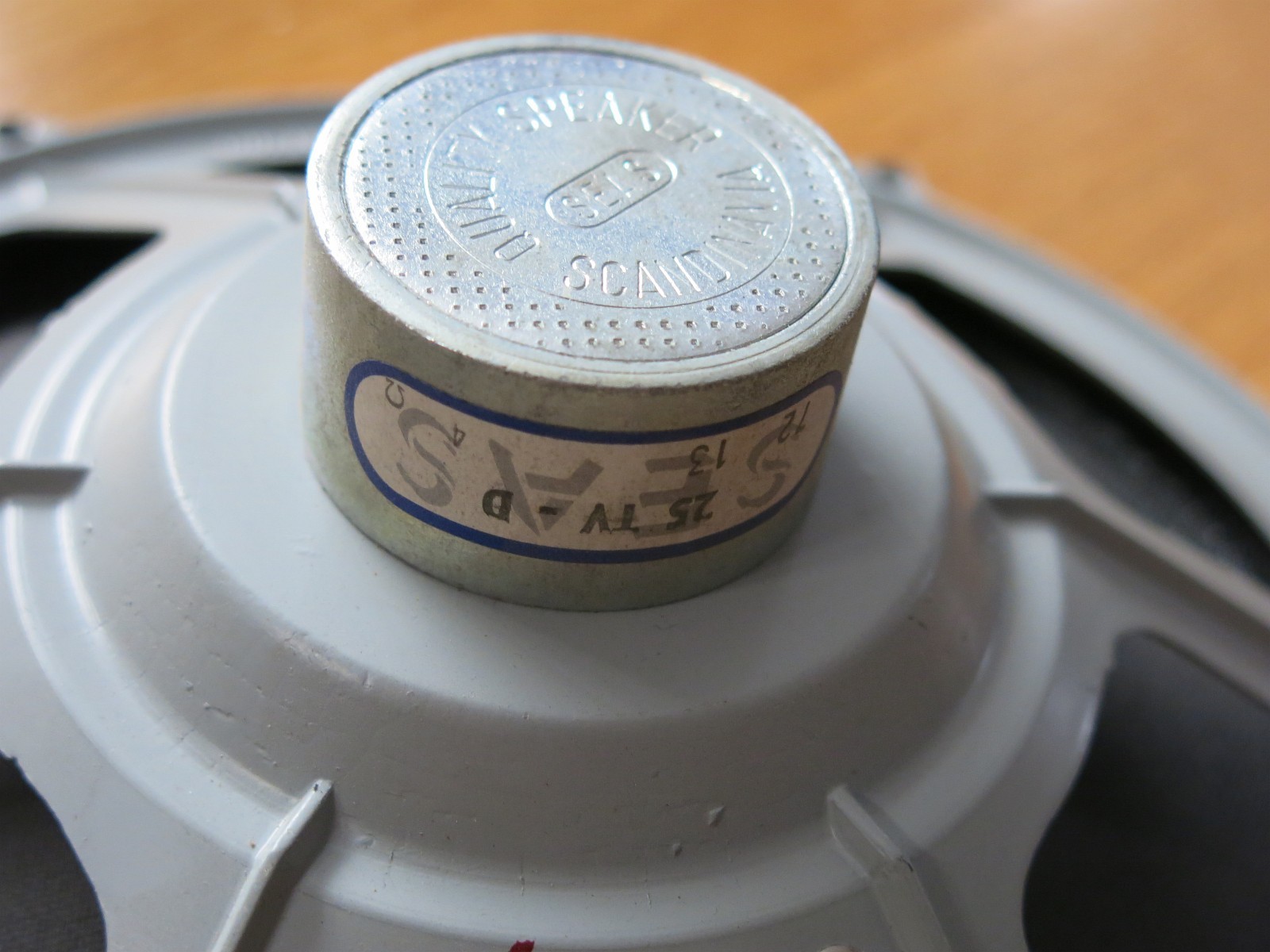 Compared to the vintage speaker drivers I don't expect the new drivers to play much more bass in the open back cabinet, but I hope they will handle more power with some authority and less fart. Size of magnet are significant at least — together with much longer linear coil travel.

I was hoping the outher diamter of the new driver would slip inside the old 10" cutout so I could make a wooden ring it could seat on — mounted flush with the baffle from the back. But the new driver are approx 4mm to big and would not fit into the 10" cutout. 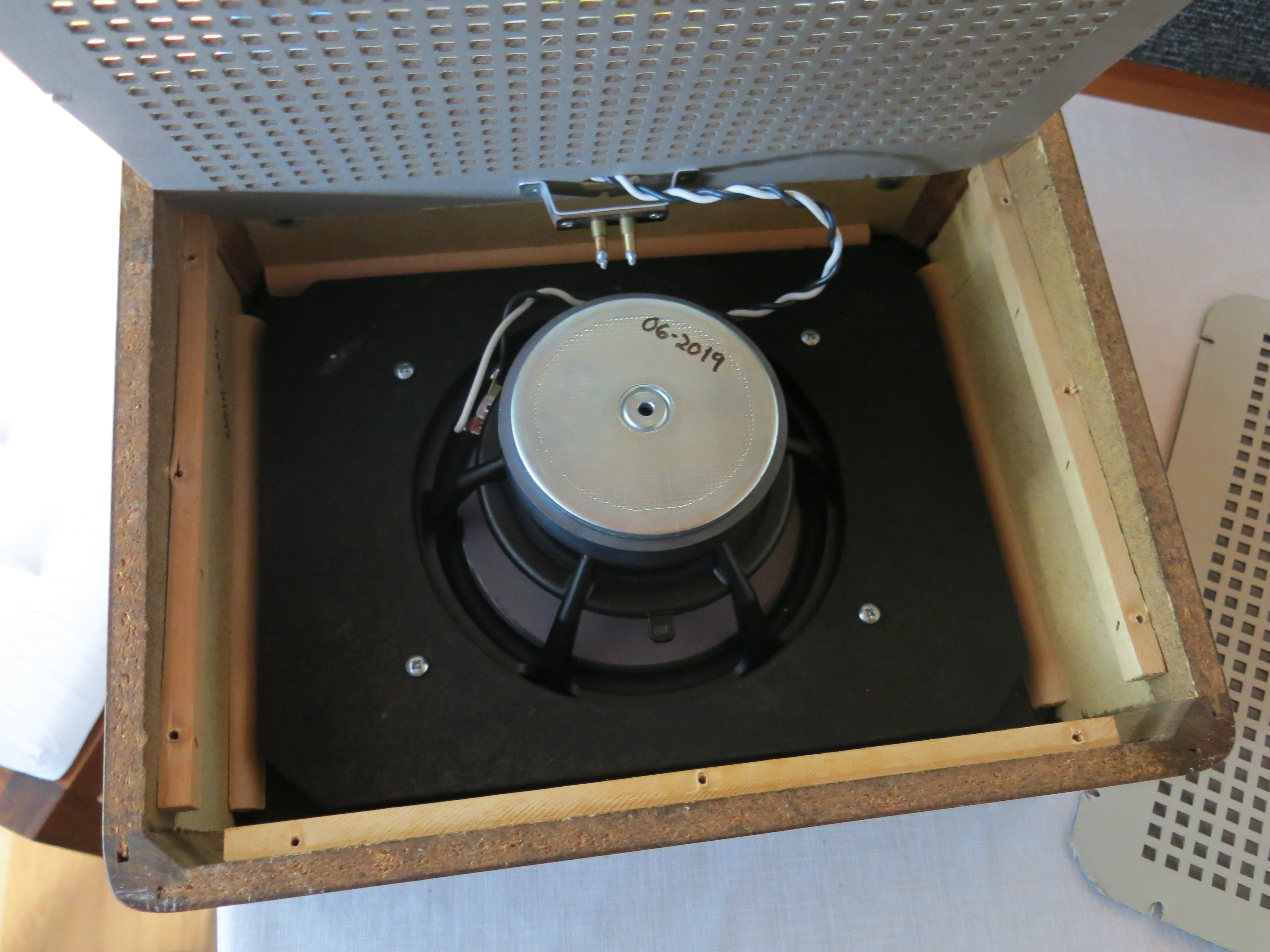 Finally had the opportunity to run these new speakers in a proper setup. They do need some run-in time and a setup little different than usual.

With the equal triangle setup speakers are pointing strait out 30 cm off the back wall — i.e. not angled towards the listener. This take out some of the harshness else being problematic. A notch filter might be needed.

Further they are placed over my head strait bang in the middle of the floor and roof angled down some 3 degree. This created an unbelievable big sound stage I never heard in this room before. A wall of sound is what come to mind.

Electric guitars come trough almost like the speaker are mounted in the guitar amp cabinet itself. Fitting jazz guitar and funk music extremely well. Metallic instruments like cymbals also shines. Bass is clear but of course not very pronounced. Voices sadly can sound hash if recorded bright or heavily distorted.

Running in a far from optimal baffle frame with vintage front baffle edges this speaker still impress with its huge sound stage and control over instruments often getting messed up in speaker crossovers. Makes me want to do measurement and see if its possible to get some of the harshness better under control. Distorted guitars and "dead" compressed rock music poke though earwax like a warm knife in butter. 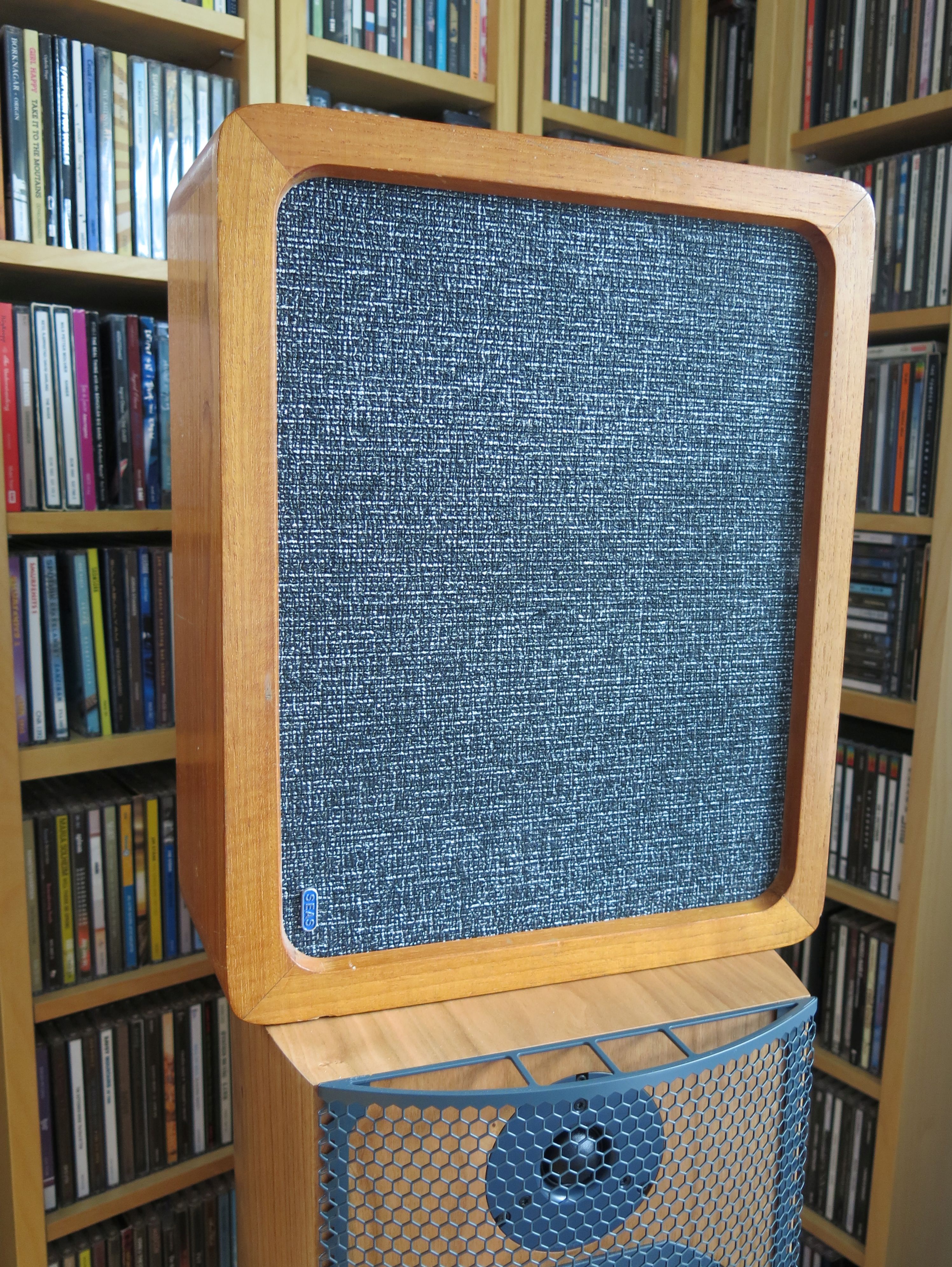 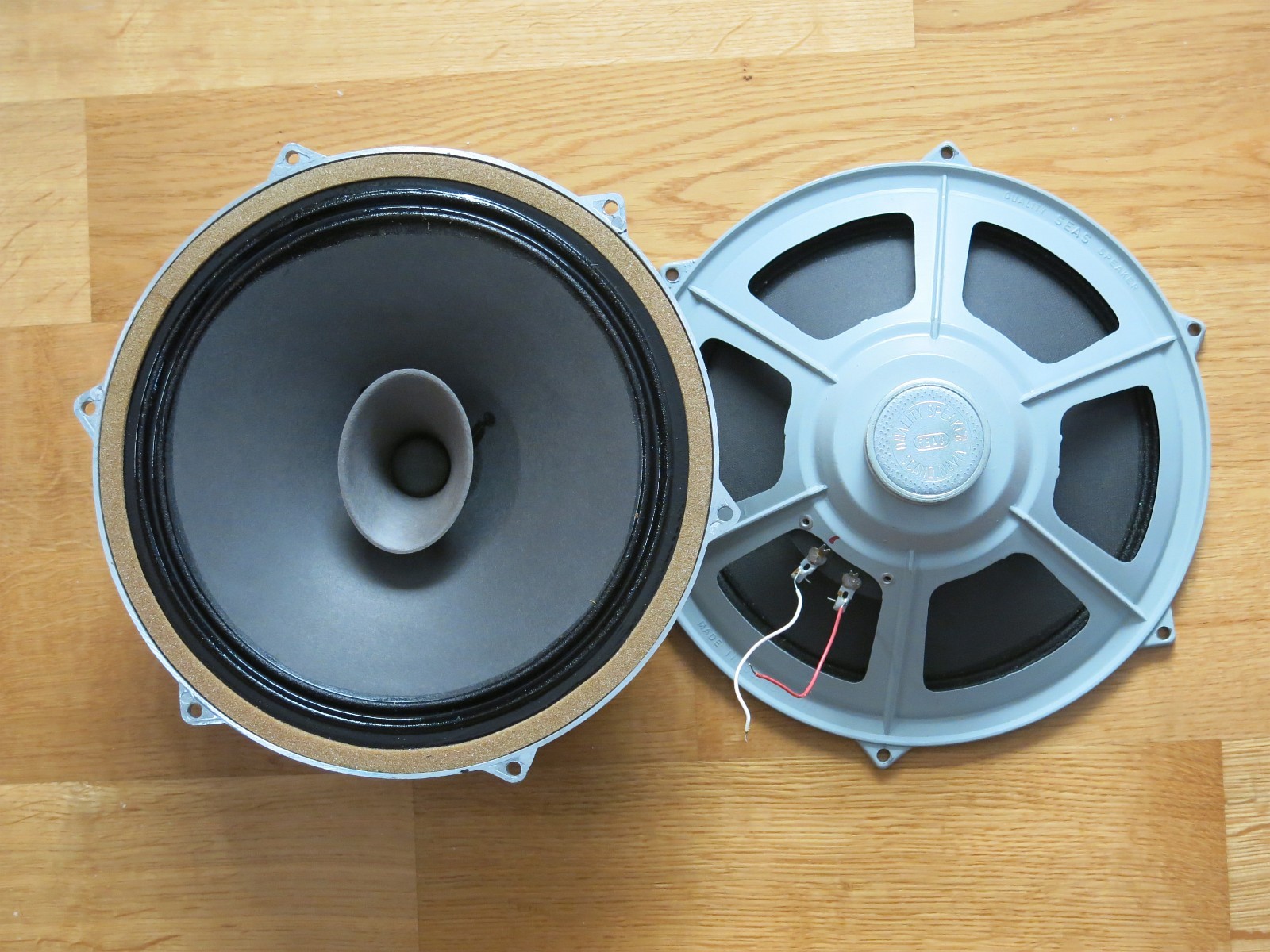 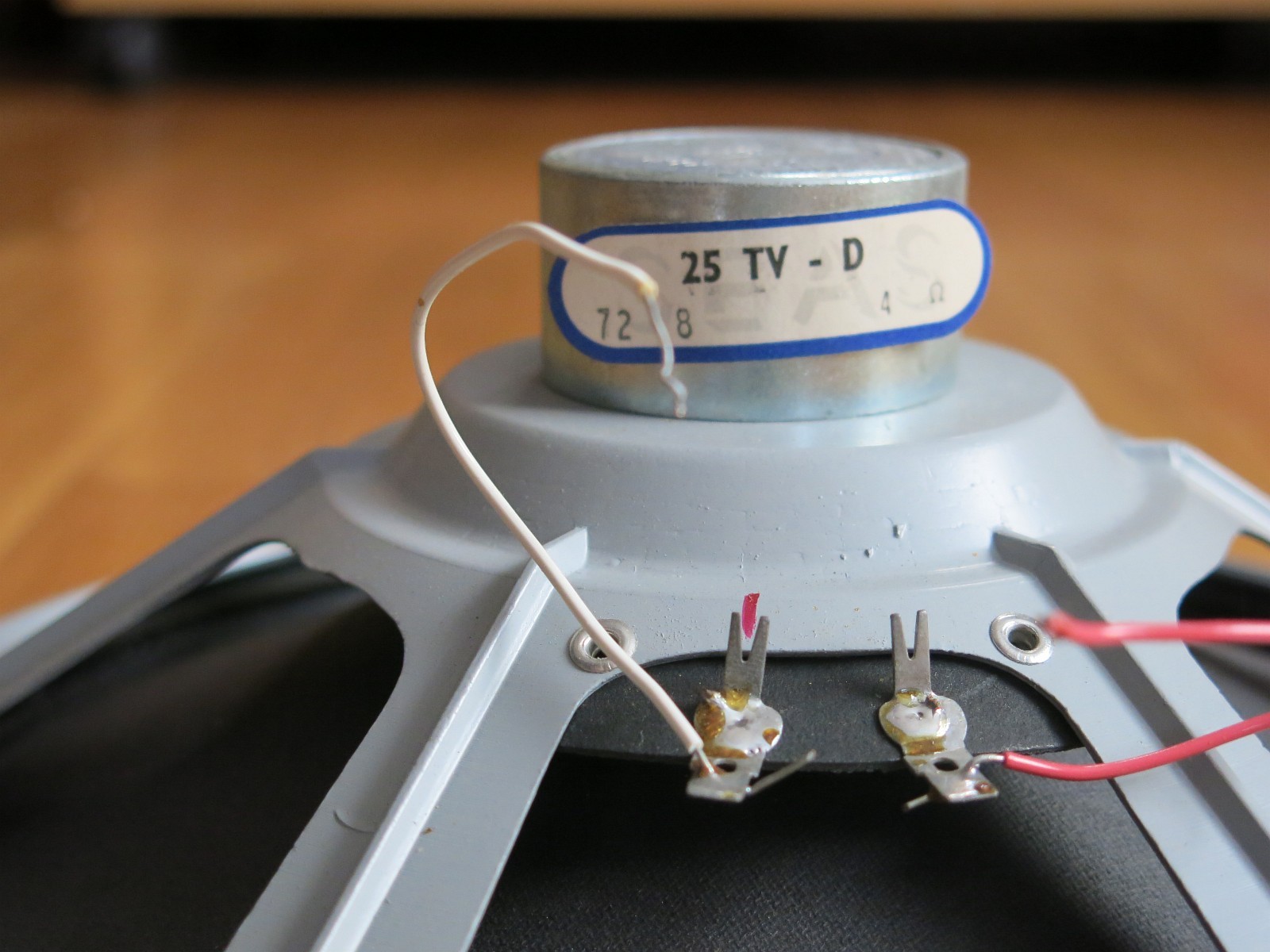 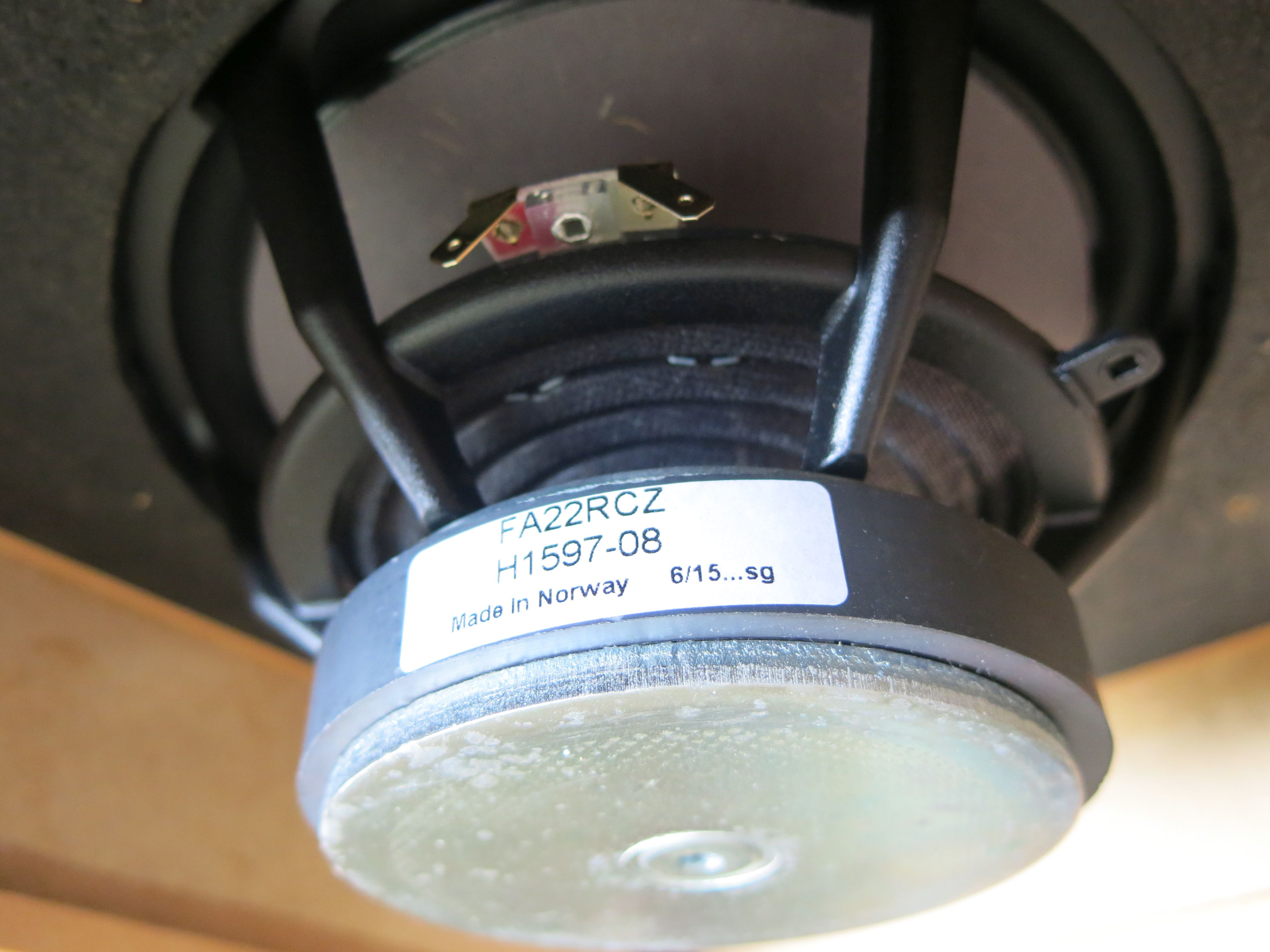 The FA22RCZ is an 8” full range driver offering astonishing efficiency and sound clarity.

A blue-gray paper cone with papyrus fibres, and a high frequency cone directly coupled to the voice coil set the air in motion.

The surround is made from a flexible and stable foam rubber material. The large, open weave fabric spider refl ects very little acoustic energy to the cone, and offers excellent stiffness linearity.

The pole piece is prolonged forwards and equipped with a deep drawn copper cap to ensure excellent linearityin the force factor and coil inductance.

A stiff and stable injection moulded zinc chassis keeps the critical components in perfect alignment. Large windows in the chassis both above and below the spider reduce sound reflexion, airflow noise and cavity resonance to a minimum. 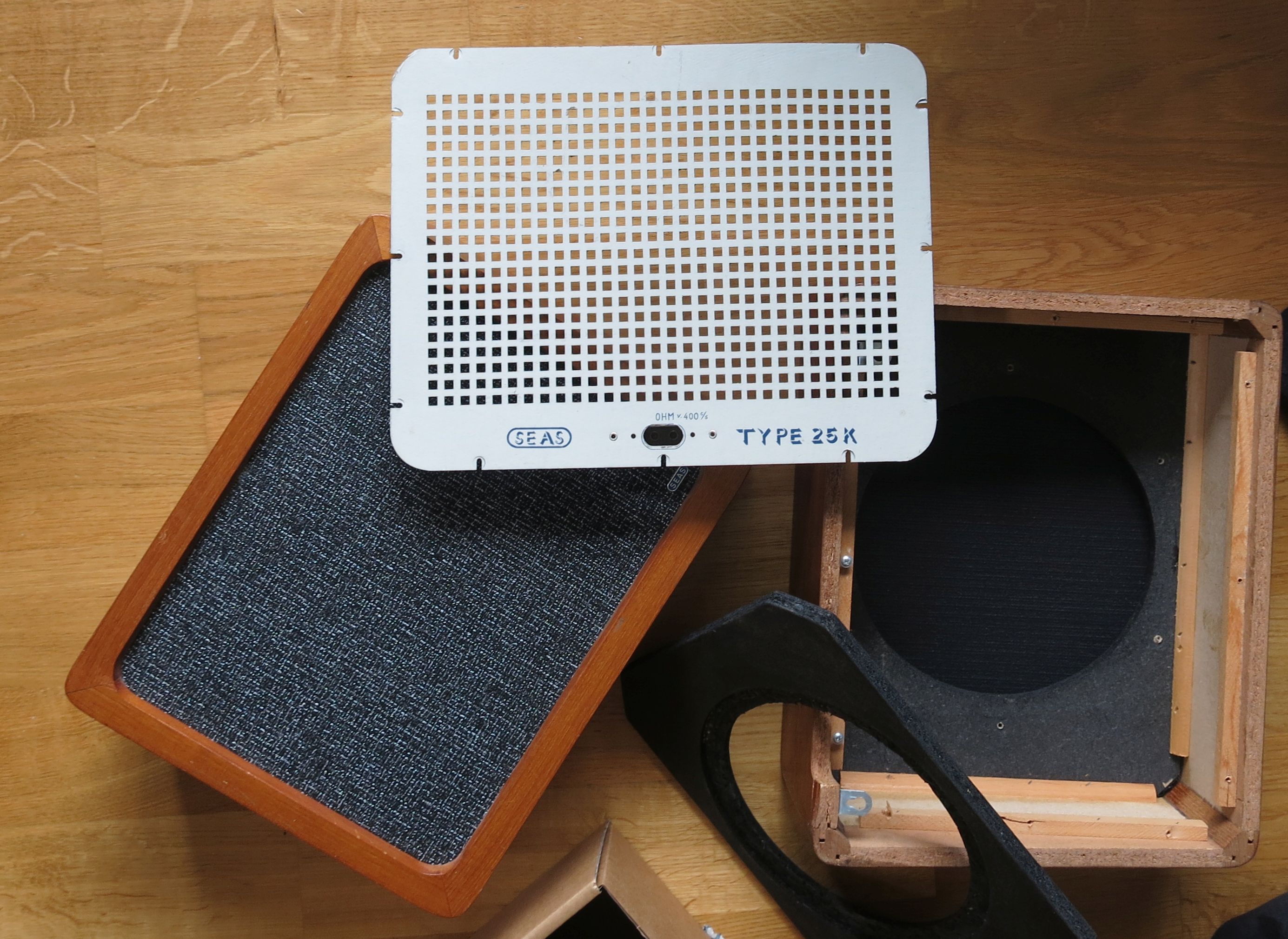