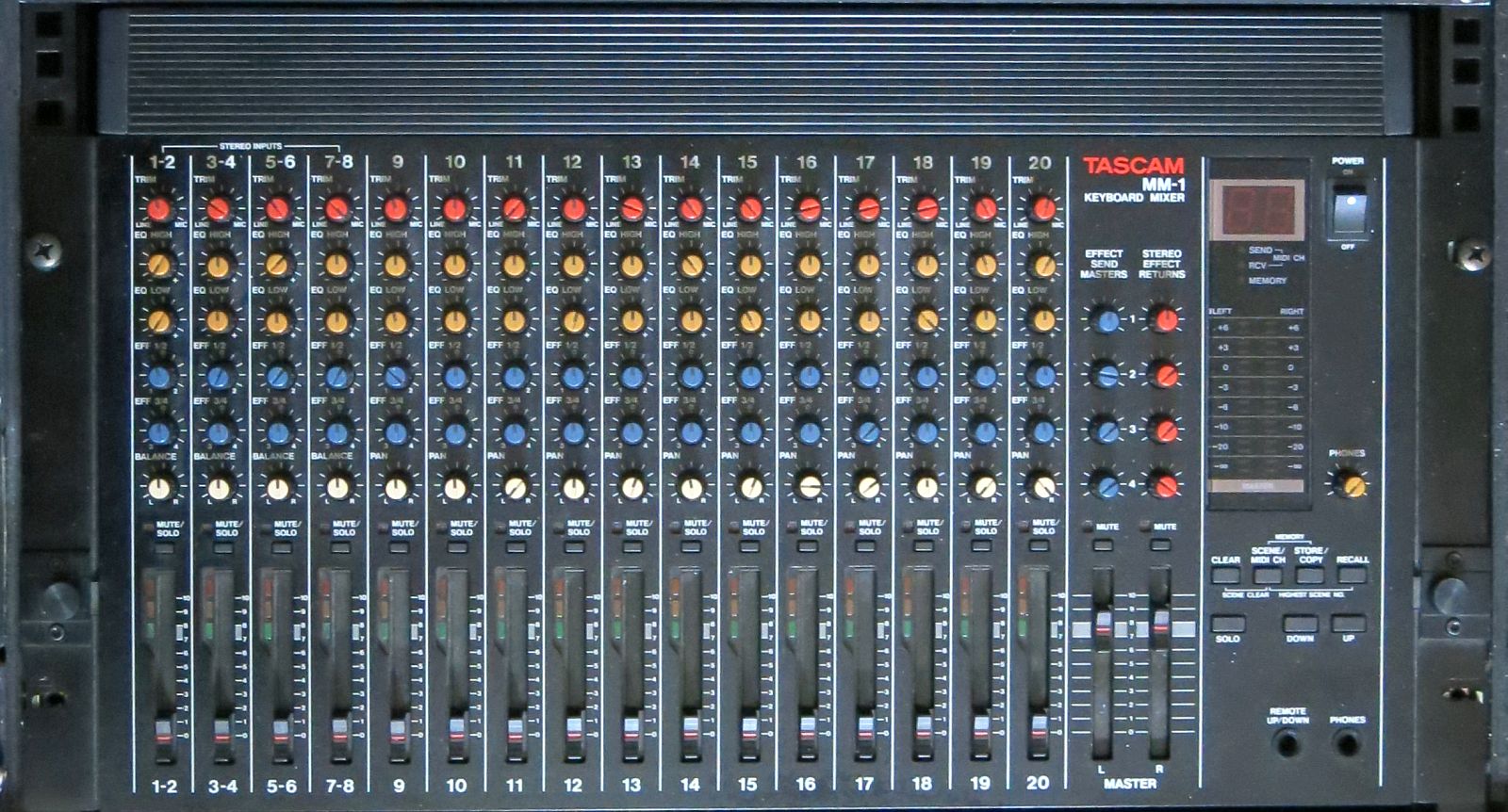 Outstanding sound quality are not why I hang on to this mixer. But it different itself from the typical keyboard mixer from the period in a few ways that makes it interesting.

One can even create automation from the Mute buttons as the MM-1 will send MIDI Note On/Off to your DAW or sequencer. Although it’s a little peculiar as it will send Note On following with a Note Off straight away.
Channels are muted with key C1 to F2 using velocity value for Mute On/Off commands.
Mute On => Velocity value 96
Mute Off <= Velocity value 32 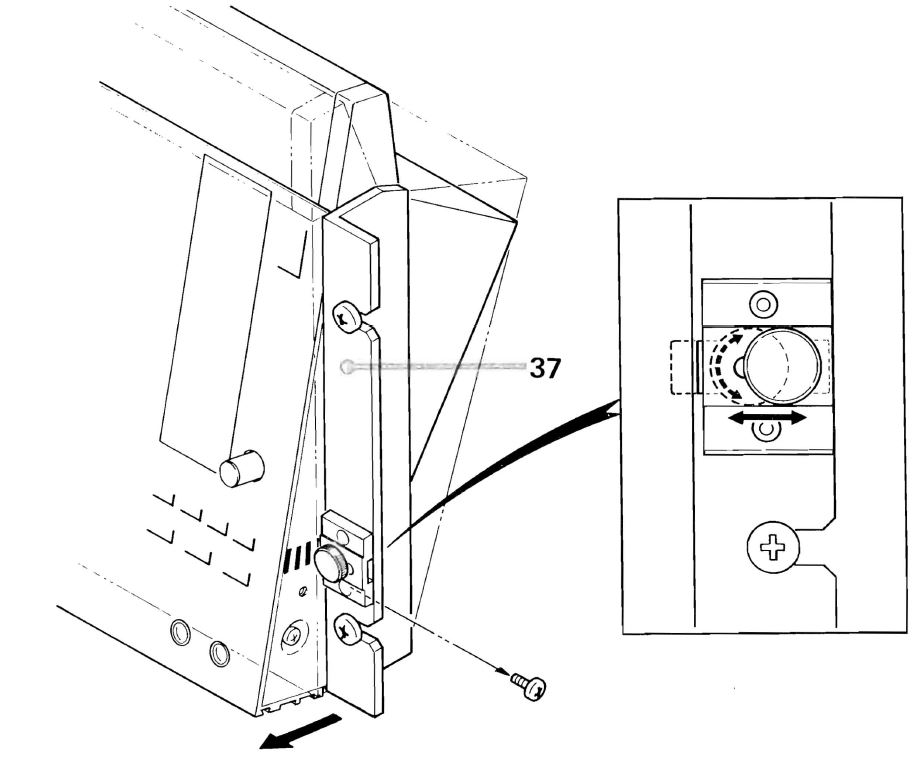 Most commonly mixer chassis for this product range are done with cheap steel panels. Tascam MM-1 chassis are made from nonmagnetic extruded aluminum profiles that are CNC machined.
It also have a clever tilt lock function that let user angle the front panel for use in a stand up rack case.
Palm rest can be repositioned from front to rear to cover input jacks.

Low cost compact mixers are usually made on one big PCB, making them hard to repair or modify. Not so here. From the underside of MM-1 one has access to individual channel boards. Although they are not as simple to remove as one would like to the ability to work on single channel boards makes this compact mixer more interesting object for mods than most others.

Dedicated inputs to effect bus 1 and 3.

All four effect returns are stereo.

Pedal input for program change, will also be sent over MIDI Out to other gear.

Effect send configuration need to be carefully planned as only two effects out can be send to from each channel. Effect send knobs are nulled at center position, therefore it’s not possible to send to 1 and 2 or 3 and 4 simultaneous from a given channel.

No Inserts, only Direct out that are post fader and mute.

This mixer can do with a few mods. One of the first things I like to experiment with are to use gar2520 DOA (discrete op-amps) from CAPI Gear on the stereo bus. This probably will need a new power supply with higher voltage which adds to the complexity for this project. But I’m already at a mess here as I have to use a 230 to 115V step down transformer in front of the dual 10V DC linear power brick. Maybe a simpler and smarter solution would be to go direct out from mixing resistors and use external make up gain from some nice preamps.

From the operation manual we learn that the noise floor for the line in (trimmer far left) to output we can actually have all 16 mono channels open without adding to the hiss at 70/77dB UNWTD (20 -20 kHz)/IHF A WTD.
Wile full gain (MIC -50dbV 0.3mV) one single channel read 63/70dB and all 16 channels open with full gain are rather noisy at 53/60dB, nominal output level 0dBu (0.8V)
Now comparing these number with a modern SSL X-Desk you understand they had to be written with a good position of optimism.

Hope to revisit this project sometime.